The Archbishop and I...

I’ve had the pleasure of photographing (deep breath..) The Most Reverend and the Right Honourable the Lord Archbishop of York, Dr John Sentamu, many times. Fortunately, he's happy for me to address him just as 'Archbishop', which has made life a lot easier over the years.

I've photographed him during services at York Minster, at events in Bishopthorpe Palace, at charity events, and on his pilgrimage, and my pictures of him have featured on marketing material, in newspapers and online, in his books and on his website, and when the Minster chose to honour his ten year anniversary as Archbishop, I was delighted that it was a print of one of my shots that they presented to him. 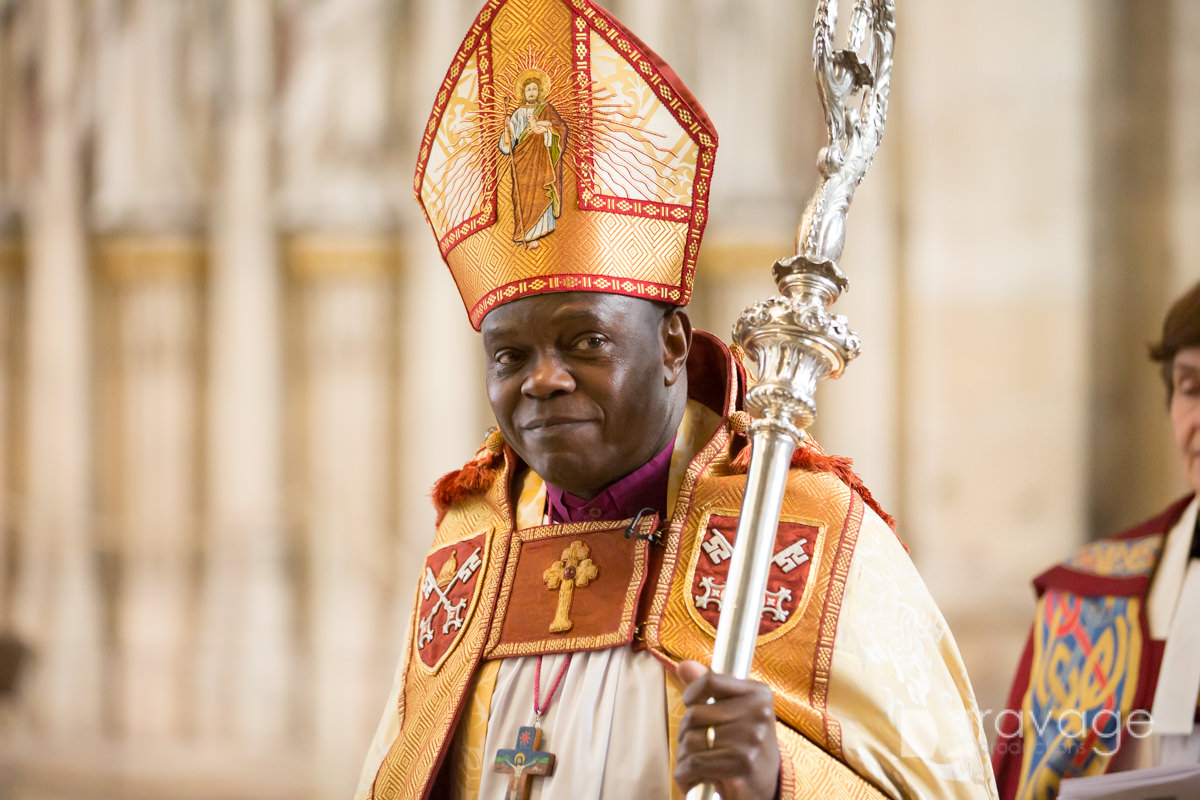 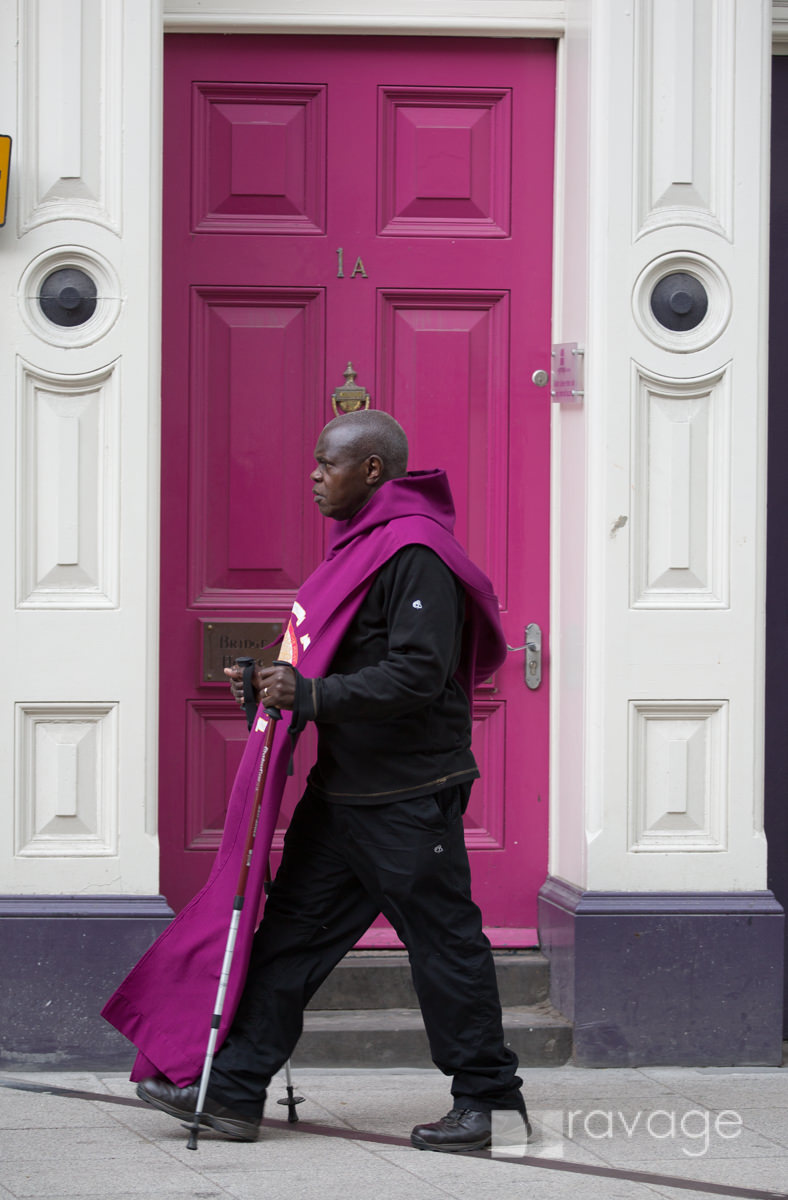 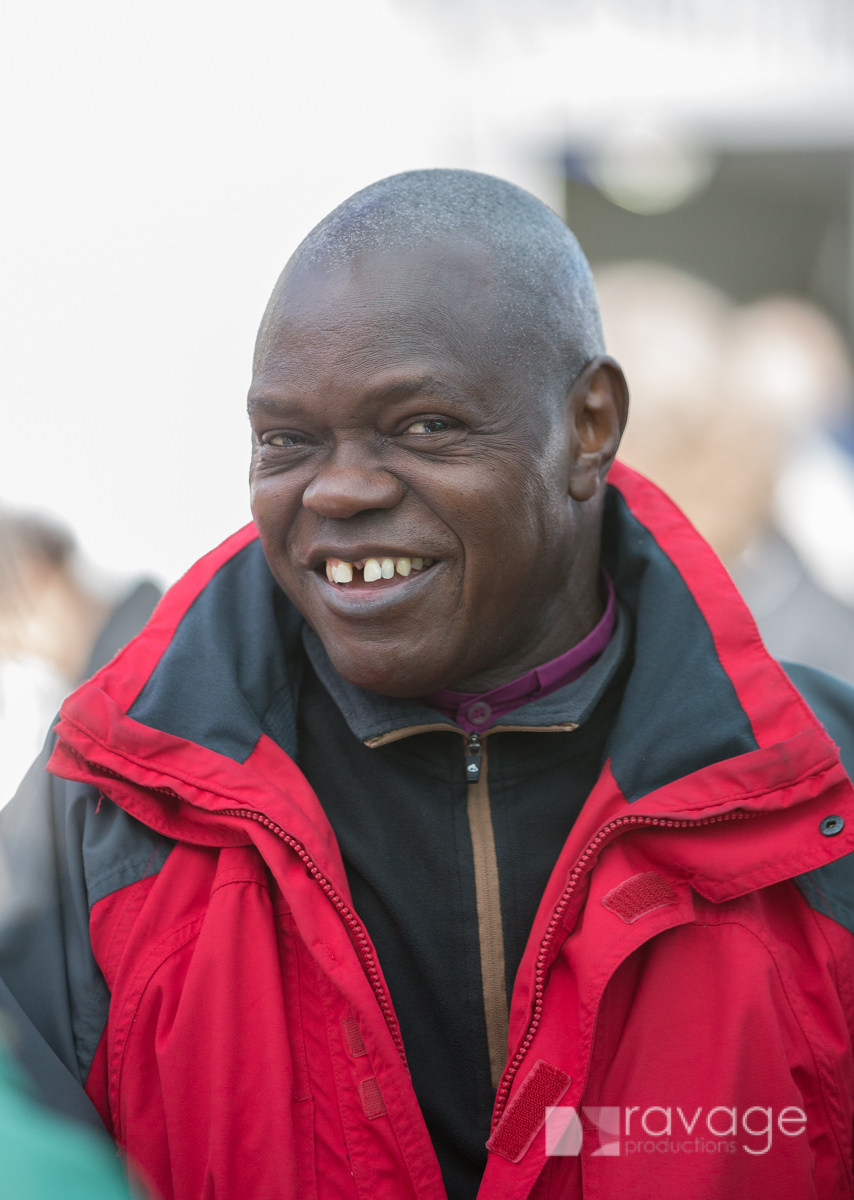 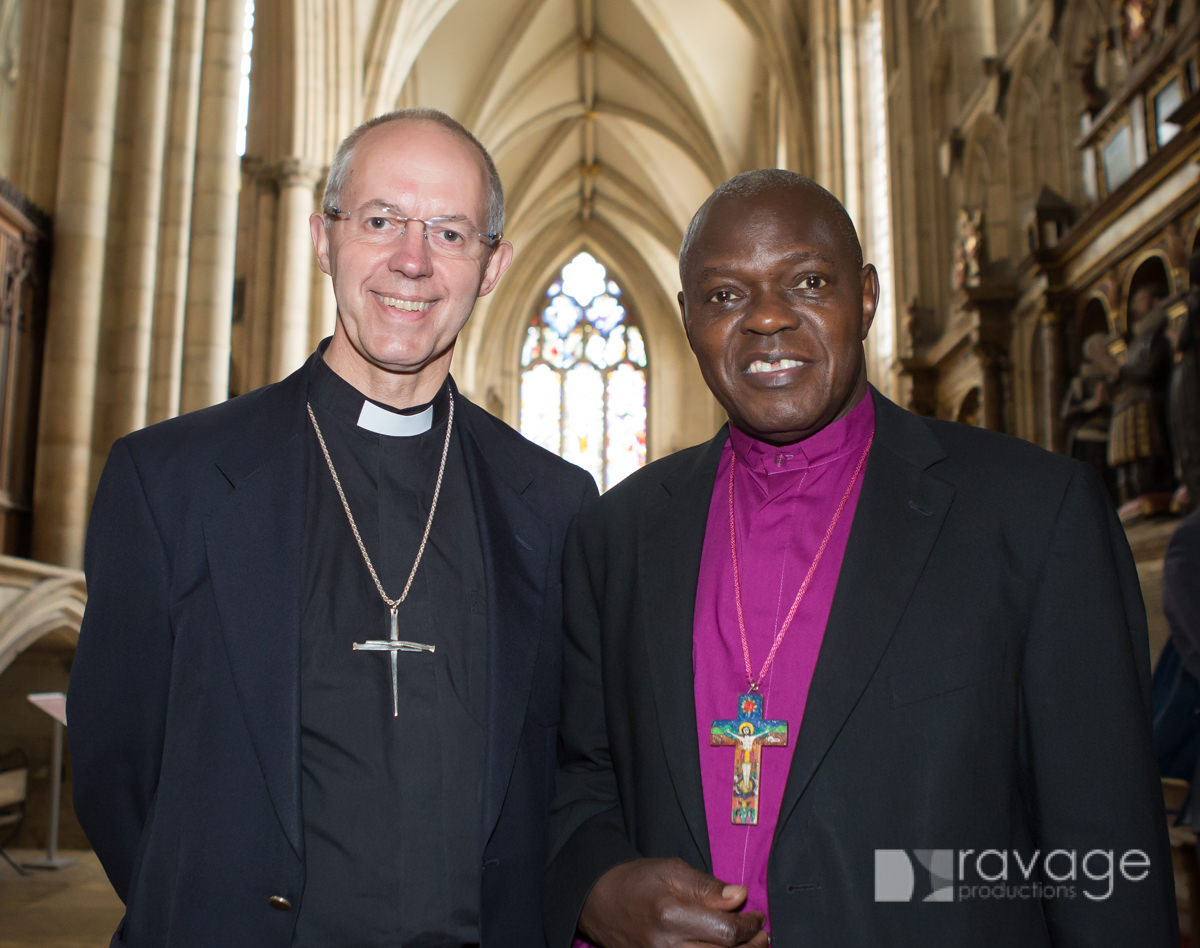 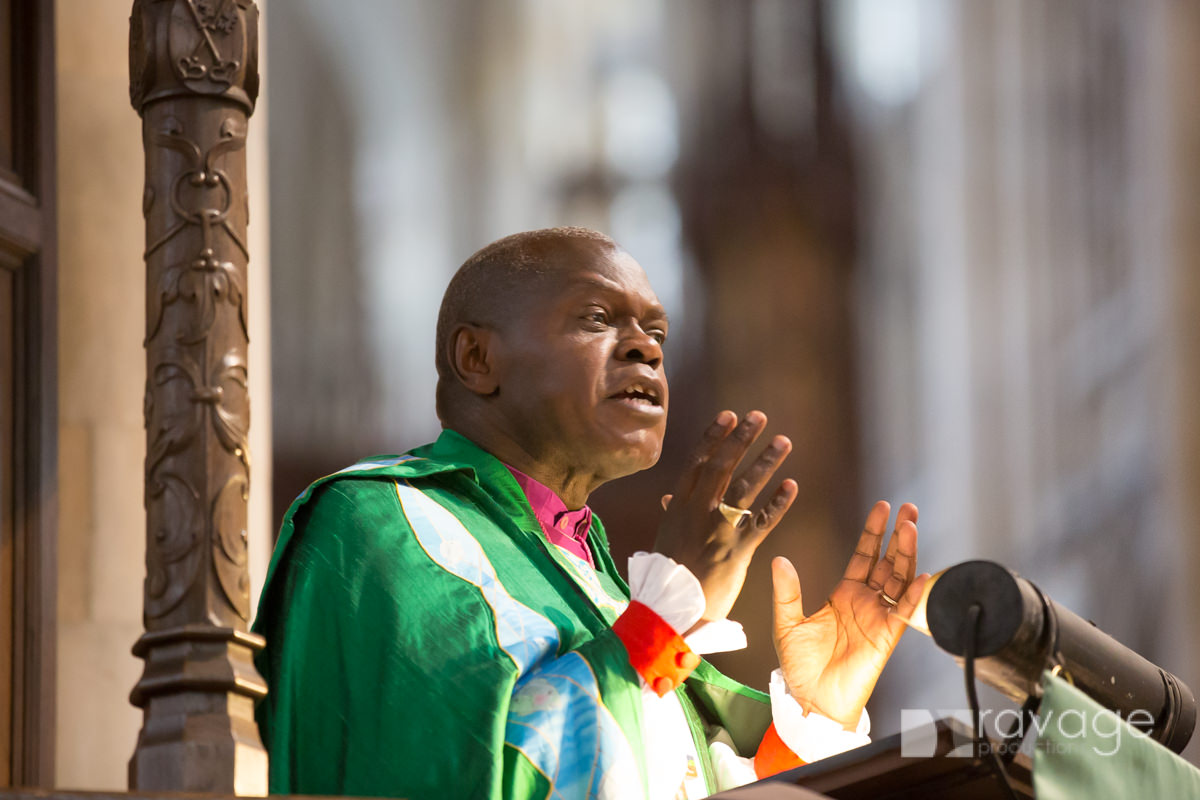 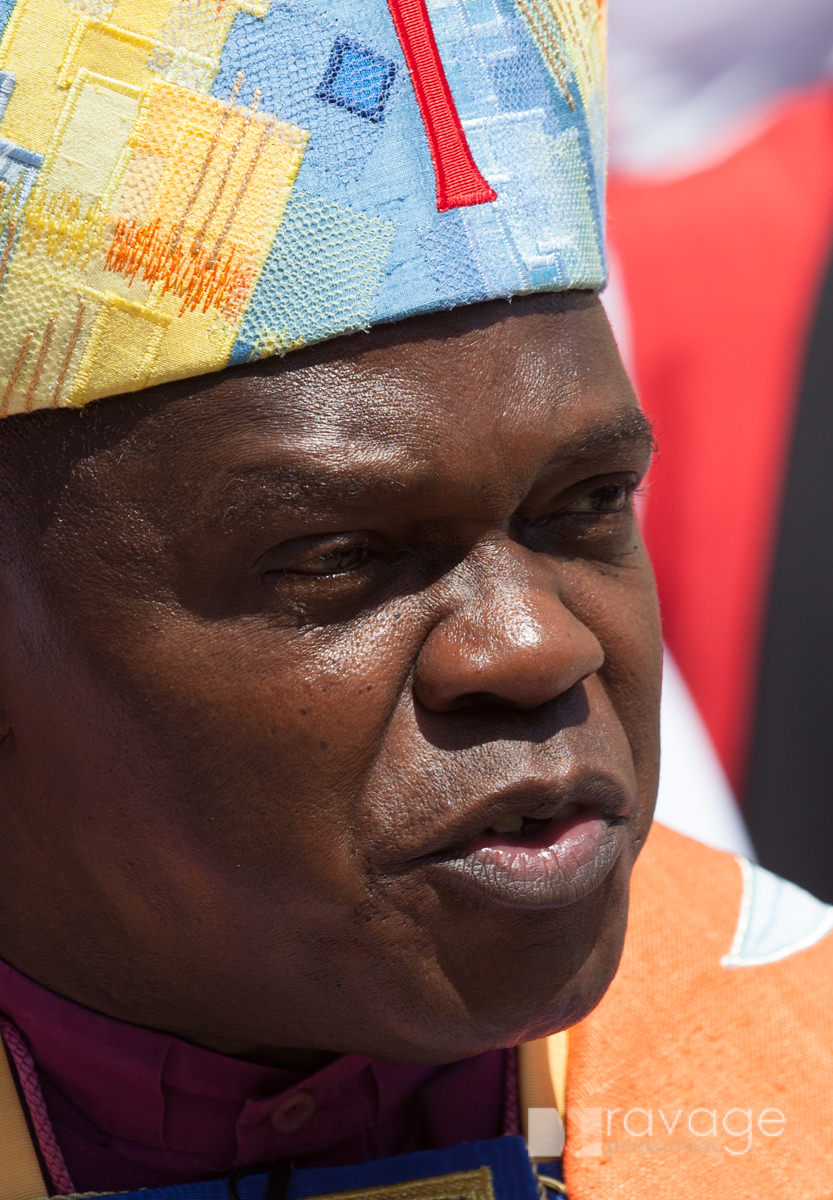 I met him before a service at the Minster once and he had a really bad throat - he was worried that his gravelly voice might not get him through the service, or that the congregation wouldn't be able to hear him.

When he arrived at the pulpit, he sounded terrible, really ill, but he pushed on

"You are used to hearing me speak of God the Father. Well today, I sound more like the Godfather"

It's typical of his sense of humour which I've seen first hand on many occasions and he has a knack of putting people at their ease whether he's speaking to an audience of one or one thousand. He doesn't mince his words either though, and he's proved to be a popular if unpredictable archbishop.

Services at York Minster are planned down to the last detail, but at the end of many briefings that I've attended, the words 'unless the Archbishop chooses to do something else...' are added at the end, and true to form, he's changed the order of things, gone for unplanned chats with someone he's spotted, or decided to play the drums in the service.

One of my favourite shots has to be this one - taken whilst out with him for the day documenting part of his pilgrimage around the diocese, the Archbishop and friends were setting a cracking pace - I could see the zebra crossing up ahead, and immediately pre-visualised the shot. I ran ahead and stood in the middle of the road as the Archbishop crossed, and can assure you it wasn't set up in any way...

I'm never sure whether to call it the Long and Winding Road, or ABY Road (ABY being the abbreviation often used for Archbishop of York).

I've done formal and informal portraits of him, but my favourite shoot was something that came about from an idea I had whilst photographing him during a service.

He was speaking about his ‘celebrity status’ - not something he courted, but which now seemed to be part of the job as it was often his opinion that the press sought on political and ecclesiastical matters.

He spoke to the congregation, reminding them not to look to him for guidance, but to look at themselves.

This gave me the idea for the portrait - an image where the viewer saw themselves as well as the Archbishop.

I put a proposal forward to the Archbishop’s office, and after a long time, I finally got an email - ‘he’ll do the portrait tomorrow’.

I would have no more than 10 minutes with the Archbishop, so I set up a makeshift studio, and when the time came, I sat the Archbishop down and explained the concept of the shoot.

Used to having his picture taken, he was looking directly into camera, but I explained that I wanted him to look away and think about his own inspiration, and about the message that he would send to the viewer of the picture.

In an instant, his expression changed and that was my shot. Despite the business around us, he looked serene and calming, caring and compassionate.

Several months later I went to Bishopthorpe Palace, the Archbishop’s official residence, and set up a print of the image in the palace chapel.

I met the Archbishop and reminded him that the whole point of the image was actually that the viewer would see themselves reflected in the glass, as well as seeing the image of the Archbishop. Ironically, he would be the only person on earth for whom this concept would not work - he would see himself in the reflection, and in the image, so would have to imagine how it would work for someone else.

He looked at the picture for a minute or so, studying it but initially not saying anything. Then I got his reaction.

“It’s wonderful - I see my father in the image. Beautiful, genius, we should get it made into a bronze, do I get a copy?”

His reaction was beyond what I had hoped and when he called for the palace staff to stop what they were doing and come and see it, their reaction was similar. Although very simple in photographic terms, it's one of my favourite shots to this day. I had originally done the shot with the Archbishop in his robes, but I prefer the simplicity of the shot above which I feel shows, Sentamu, the man, rather than Sentamu, the Archbishop.

As he ends his time as Archbishop, I'd like to say thanks to him and all his team for their patience when I've been poking my lens in his face (usually at a distance, but still), and to wish him and Margaret well in the future.

I've already had the opportunity to meet and photograph the new Archbishop, Stephen Cottrell, and I wish him well in the role, and here's to many more shoots!

The Rt Rev Stephen Cottrell, the next Archbishop of York.

From archbishops to actors, I love my job, so whatever business you're in, get in touch for images that tell the true story of your business.